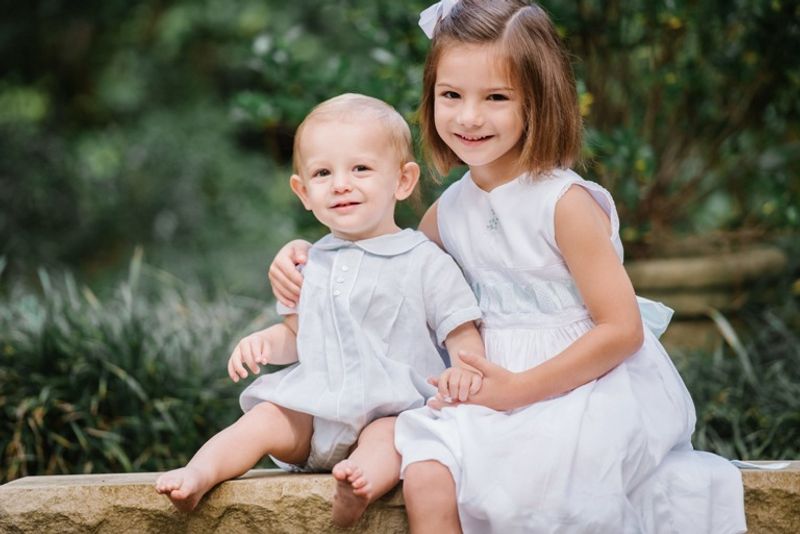 Trying to find a balance between work obligations and family demands can be all-consuming and exhausting, but not at Harris Doyle. Here, we know and understand that our employees are people first, and happy employees are productive ones! There was a time when our small company had an impressive number of employees with growing families. The baby excitement started when the first pregnancy was announced and it has continued to grow from there! We have an amazing team who make Harris Doyle a success, and we want to share this unique story – from our family to yours: 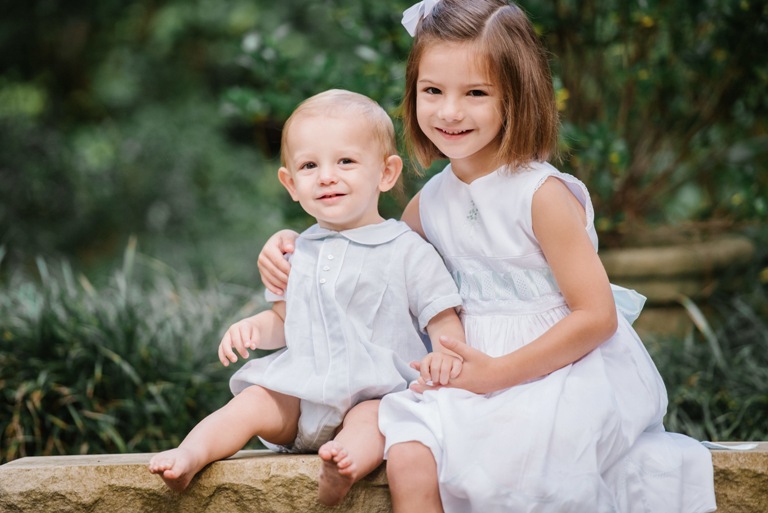 Alice Allen, an interior designer with Harris Doyle, began the baby boom trend with the announcement of her second baby in November 2015.  On June 6, 2016, a baby boy would be born, but for the first 36 hours in this world, he would be nameless. After a day of lists Alice and her husband, Chase, chose a name, Charles Woodson Allen. This adorable baby boy became the fourth-generation Charles in the Allen Family.  His name was quickly shortened to Woods. “We chose his name based on family names, but there’s a joke among our friends that he’ll be recruited one day because he shares the name with Charles Woodson, the Heisman trophy winner from Michigan,” said Alice. Work-life balance is something most parents really crave. At Harris Doyle, life outside of the office is valued at the same level as life inside the office. “When Ann Adele (Alice’s first born) was a baby, she had to have surgery that required her to be in the hospital and at home rather than at daycare for weeks at a time,” said Alice. “Harris Doyle allowed me to work from home and take time off; they were really flexible and still are. I can go do stuff with the kids, attend their school programs and no one bats an eye. They are a family first company and I love that.” As a one-year old, Woods loves anything with wheels, Ritz crackers and steak. Ann Adele is five and is a My Little Pony and Barbie fan, and her favorite food is peanut butter, strawberry jelly and bacon sandwiches. Both kids love their Little People collection as well! Three weeks after Alice made the announcement of her pregnancy 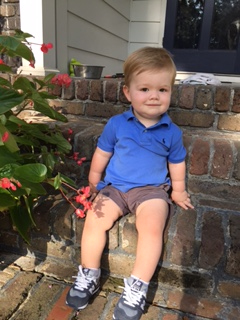 with Woods, Kelly Nelson, one of our talented realtors, revealed her little surprise. She was also expecting a little boy in June! Born June 22, 2016, Lewis Bentley Nelson, Jr, aka Lewie, entered the world. Lewie also inherited family names after his father and maternal grandfather. When asked what it’s like working with so many people with kids around the same age, Kelly responded, “It’s great! We talk about our kids all the time. There are three of us with babies all around the same age and it’s wonderful to be able to ask questions and ‘ohh and ahh’ over pictures.” Like all one-year-olds, Lewie is quickly developing his personality. He is walking, grunting and pointing. “He is starting to be defiant and I find it so hilarious,” says Kelly. “I know that is bad, but I just find it so funny and endearing when he gets a little attitude. Maybe it’s funny because it’s always with my husband and not me!” Although play dates are difficult to schedule, Lewie and another Harris Doyle baby, Brooks, share the same interests in toys - cars and trucks! Lewie also loves the family dogs. “Thank goodness for the entertainment of our sweet dogs,” said Kelly. 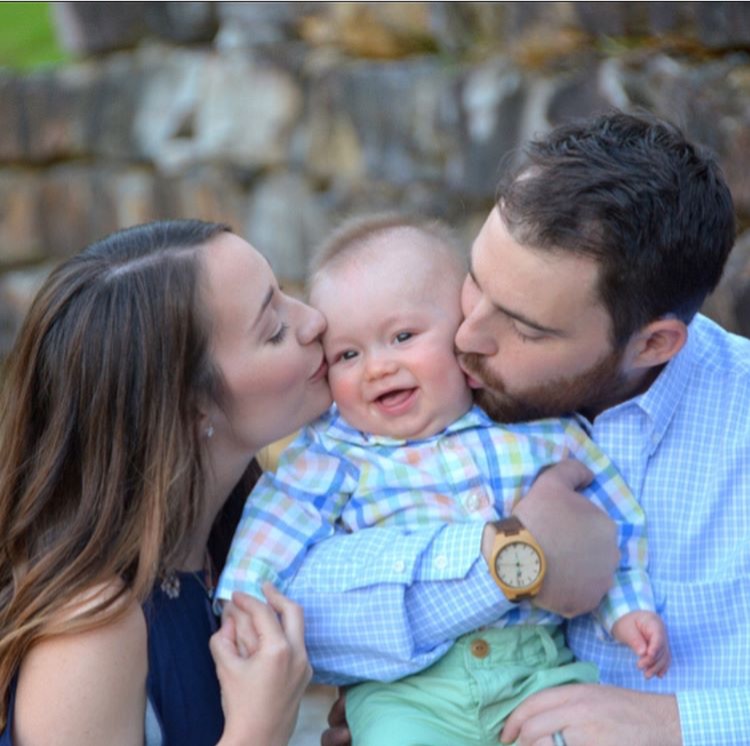 Soon enough, more babies came along the way, including Brooks, a one-year-old little boy whose father is Chad Hays, an estimator/purchaser with Harris Doyle. “I named him after Brooks Harris to ensure I’d get the job,” joked Chad. “Kidding! It’s my wife’s middle name.” With Brooks just having his first birthday on September 18, Chad said, “My wife and I thought it would be a good idea to wake him up on his birthday singing happy birthday. It took Brooks about a minute to wake up, only for him to look at us with disappointment for waking him up. He grunted at us, laid back down, threw the covers over his head and went back to sleep.” Brooks is walking and saying a few different words. He loves lasagna and books with animals, toy cars and any type of ball. He often has play dates with his dad’s co-worker Alex’s baby, Roman, who is also around the same age. 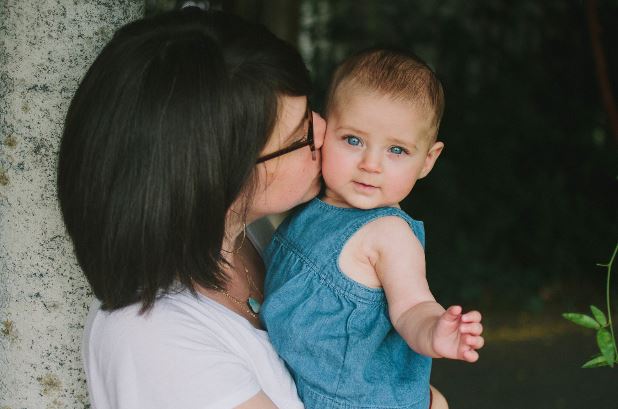 Interior designer Erin Brigham was next in introducing baby Dorothy, aka Dot. The name Dorothy comes from both Erin’s grandmothers and is also a family name on her husband’s side. “All the women in our families who have had the name were incredible people and we wanted to honor them with the namesake,” stated Erin. Dot’s personality is starting to blossom, and she loves playing with the family dogs, singing and moving. She will be celebrating her first birthday in November and is determined to walk on her own before then. “We have such a great culture and environment at Harris Doyle that puts priority on families,” says Erin. “I have met nearly every one of my teammate’s children and no one feels discouraged from bringing their kids with them to work when necessity strikes, or work from home when it’s easier. It’s so great to have an employer and team members who empathize with parents, because they’re parents too!” 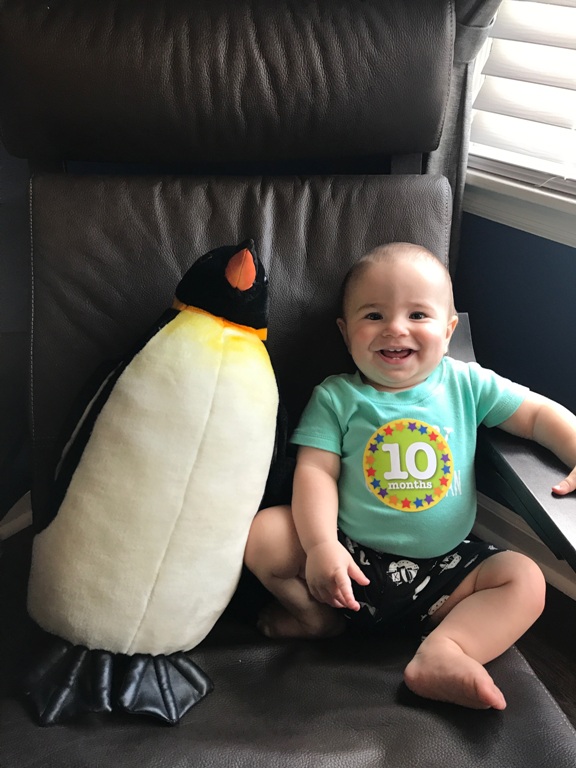 Alex Rudyshyn, who began his career at Harris Doyle as an intern in 2015 and is now a senior estimator, has a baby boy, Roman, who will be celebrating his first birthday in November. During the baby boom, Roman is the only one to not be named after a family member. “We were just looking for a Ukrainian/Slavic name that wasn’t hard to pronounce,” said Alex. With an emerging personality, Roman isn’t afraid to show you how he feels about anything and everything. “Roman loves to try to get into things he shouldn’t, like the TV and Internet boxes,” said Alex. “Every time he goes near them we tell him ‘no, Roman don’t touch those.’ Instead of listening to us, he shakes his head no and continues doing what we have asked him not to do. Thankfully we find this adorable and it doesn’t bother us he is completely defiant.” As a little explorer, Roman is crawling and eating everything his little fingers can find. “He has definitely tested our child-proofing abilities,” said Alex. Even though he loves to eat whatever he finds, his favorite foods are salmon and bananas. His favorite toys are anything new that he hasn’t see before and that he can investigate. 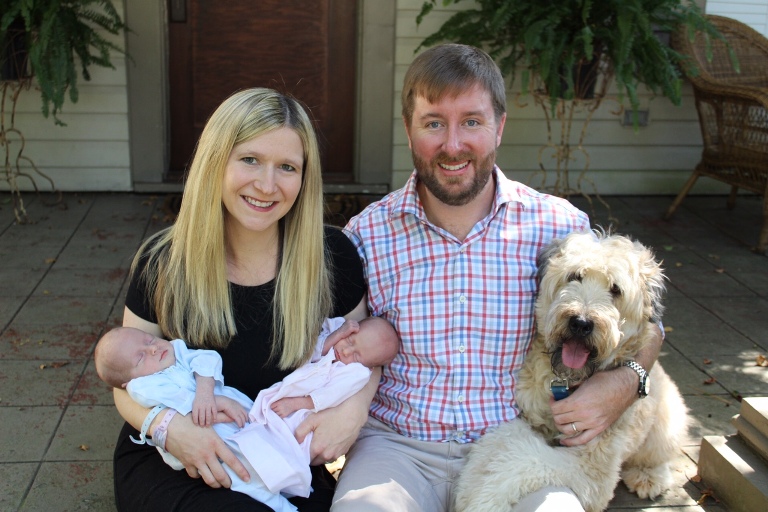 Peyton Rogers, vice president of construction, has the newest set of babies joining the Harris Doyle family. Hudson James and Emily Ann, aka Emmy, were born August 24, 2017. At just a little over a month old, they have few stories to tell, but huge milestones accomplished. Simply coming home and being out of the NICU is accomplishment enough for these two bundles of joy! As it seems having babies around the same time is a tradition at Harris Doyle, it is also common to name those babies after family members. Hudson’s middle name, James, derives from Peyton’s first name, as well as his father’s, grandfather’s and his wife’s grandfather’s first name, who was also a twin. Emmy’s middle name, Ann, comes from Peyton’s twin sister who passed away when she was seventeen. There’s an old proverb stating that it takes a village to raise a child. When you work at Harris Doyle, you work in an environment where your co-workers care about one another. They know your kids and spouse’s names as soon as they walk in the door. “There have been several times when I was in a pinch and had to run by the office for something and bring Lewie with me,” stated Kelly. “Babies are always welcome at Harris Doyle. There is even an amazing play house built into the design center.” All parents agree that the family/work life balance at Harris Doyle is incredible. “Working at Harris Doyle allows me to have a full-time career that I love and still plenty of time at home with my family,” said Kelly. “I couldn’t dream of a more successful work/mom life arrangement!” The company culture revolves around being family oriented. “That extends to our own families and the families we have the privilege to build for,” adds Peyton. SaveSave