What to Expect When Building a New Home 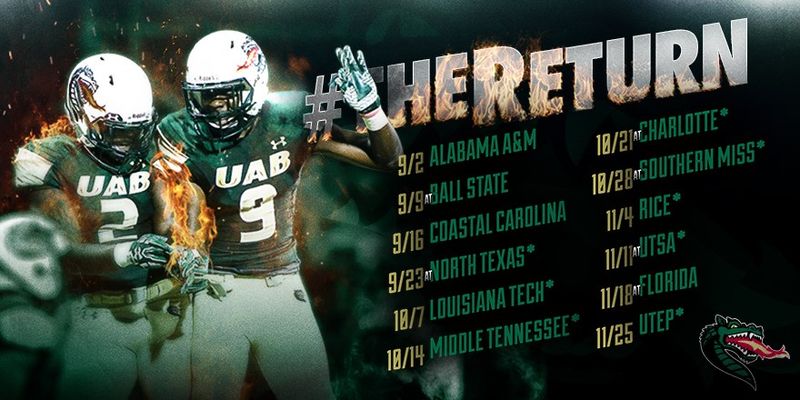 Resurgence of UAB Football Brings Energy Back to Birmingham 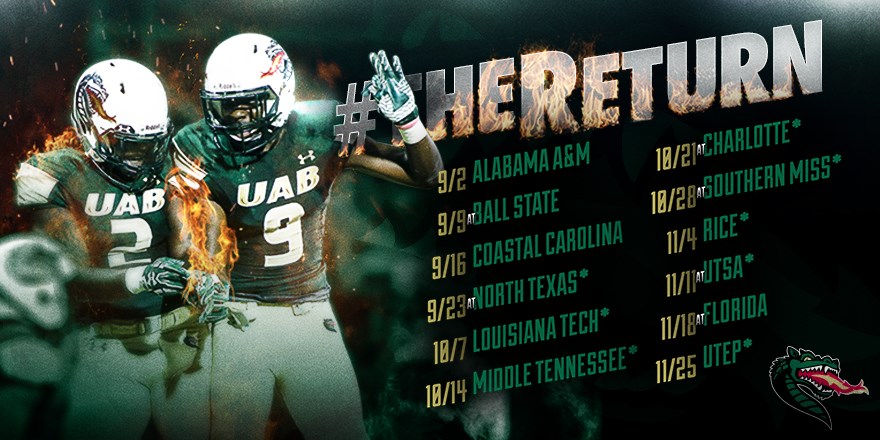 For college towns, football is a vital source of revenue, one that influences the local economy. Birmingham is a town with confidence and a bright future, and football is not all that it thrives on. However, when The University of Alabama at Birmingham football program was suddenly shut down in 2014, an impact was felt both economically and emotionally. The loss of the football program contributed to an immediate decline in student enrollment, with the school’s first-time freshmen class dropping from 1,748 in 2014 to 1,621 in 2015 according to AL.com. In contrast, once the announcement to bring the football program back was made, the school’s first-year enrollment jumped 24.7 percent to 2,021 students, the largest freshman class in the school’s history. Local businesses were also quick to point out the uptick of patrons they were used to seeing in their establishments on gameday. According to the Birmingham Business Alliance, every 1,000 UAB students results in a total annual economic impact of nearly $50 million for the city. And perhaps worst of all, the community as a whole felt slighted for a variety of different reasons. With Birmingham piling on accolades as an up-and-coming foodie city, one of the country’s most affordable cities and more, the death of UAB’s football program was felt as a backward slide. It seemed almost as if Birmingham was telling the country, “we can’t support a college football program.” People, charm and passion are what Birmingham is built on, and the community couldn’t let that be taken away. Students, community members, faculty, former players and others were quick to rally around the school and its athletics department after the announcement was made to end the program. Several days of protests ensued, but instead of the flame of anger dying out, the push to bring the program back continued. Head Coach Bill Clark met with some of the city’s biggest business leaders, and within days, substantial amounts of money were raised for the program. The 15-month period following that meeting resulted in more than $40 million of pledges to the UAB football program! As a business operating in the city of Birmingham, we understood the value of the school and its athletics program. We also recognized the contribution the program makes in the lives of the players and coaches, as well as members of the local community. The Harris Doyle staff, all residents of this vibrant city, wanted to be involved and help bring this program back in any way possible, and we are proud to say we were part of the fundraising efforts. By summer 2015, the school was able to announce the return of the program thanks to the unfailing support of so many people. The school missed two seasons in order to reassemble a team that had been decimated, but kicked off a full slate of games earlier this month! On September 1, UAB hosted the UAB House Party featuring former UAB quarterback and current country music star Sam Hunt. Sponsored by Iron City owner and longtime UAB supporter Steve DeMedicis, UAB Associate Vice President for Business Services Chris Clifford, and Red Mountain Entertainment and the UAB Bookstore, the party was a great way to kick off the start of a historic season for a program that never expected to play another down. The Blazers have won two of their first three games, which is an indication of what is possible in their future. The season so far has brought a total of 70,001 people to Legion Field in Birmingham, and the anticipation of what’s to come is keeping this city full of Blazer spirit! Come out and support your UAB Blazers at their next home on Saturday, Oct. 7 at Legion Field!