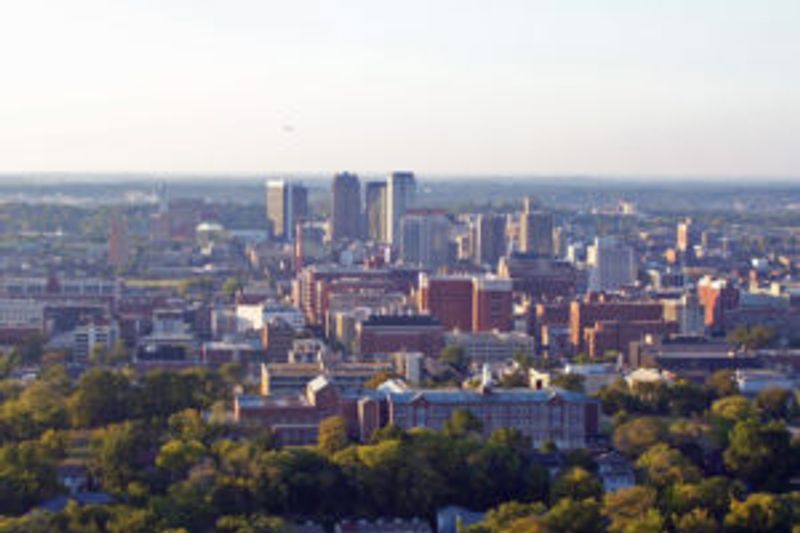 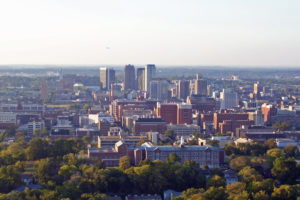 Photo by Andre Natta. Birmingham has a lot to offer its residents and visitors alike, and it offers great culture without a high cost of living. As Alabama’s largest city, Birmingham provides countless opportunities for jobs that pay well, while also boasting a lively downtown scene with trendy restaurants and bars. It has qualities comparable to expensive cities, such as a great nightlife, beautiful nature and expansive arts scene, but all at an affordable price. Plus, the Magic City offers plenty of fun things to do for free! All of this, plus the reasonable cost of housing, transportation and health care, is why Forbes recently named Birmingham the top US city in value. In Birmingham, the average adjusted salary is $86,196. To get this average salary, Indeed calculated the average salary for all jobs with annual salary information on Indeed.com between August 2016 and July 2017 in each of the 104 U.S. metropolitan areas with at least 500,000 people, and then adjusted the salary for each metro’s cost of living. Birmingham and the state of Alabama have been recognized as desirable places to live primarily due to the low cost of living throughout the state. According to areavibes.com, the cost of living in Birmingham is 8 percent lower than the Alabama average and 18 percent lower than the national average, and the cost of housing is 42 percent lower than the national average. Alabama's median home price of $92 per square foot translates into a 3,256-square-foot home for $300,000. Alabama also has the second-lowest property tax rate in the United States with an average of 0.43 percent of the home’s value, which is about a third of the national average. In addition, homeowners 65 and wiser have the comfort of knowing that they don’t pay state property taxes! Birmingham is a city rich in Alabama history with some of the state’s best museums, parks and events. From the renowned Civil Rights Museum to the Birmingham Museum of Art, you can stay busy for a full day in Birmingham exploring the city’s rich history and culture. Red Mountain Park also has deep roots in Alabama history that connects the communities while still provides a path towards a healthier future. There is a 15-mile trail system which features treehouses, overlooks and historic mining sites, as well as many aerial adventures to give you a midair view of the land where Birmingham began. Oak Mountain State Park is known for its mountain biking and hiking with more than 50 miles of trails to choose from, but the park also features much more for visitors. From a BMX course to boat rentals and nature programs to an 18-hole golf course and driving range, there is something for every adventure lover! You can also relax by the fishing lakes, while going horseback riding, enjoying the beach and swimming area and more. In addition to local attractions and parks, the Magic City has a thriving festival and event scene to keep you busy year-round! One of our favorite events is the annual Sloss Music & Arts Festival that takes place each summer. This creative cultural event is a two-day music festival held at Sloss Furnaces National Historic Landmark in Birmingham and features 40 bands on four stages plus craft beer, live iron pouring demonstrations, and much more. One of the best parts of living in a city undergoing a cultural revival is the influx of incredible food! Living in Birmingham means that you’ll come to find the places that you’ll visit over and over again, like the smokehouse that serves your favorite barbeque, such as Saws BBQ, the bakery with the sweetest desserts, such as The Heavenly Donut Co., and the local watering hole with the best happy hour specials like Billy’s Sports Grill. From pizza to French food with a southern flair, foodies of all types will find their happy place at one of the many award-winning Birmingham restaurants. Attesting to Birmingham’s growth as a true foodie city, Zagat recently named it the 14th hottest food city in the country, while Highlands Bar & Grill was named one of the best restaurants in the country by OpenTable. Also given credit as contributors to the fantastic foodie scene are several butchers and delis, new breweries such as Avondale and pizza joints like Post Office Pies. Each restaurant in Birmingham is unique and offers food that will have customers coming back for more. As one of the top home builders in Birmingham and Alabama, Harris Doyle Homes knows the many perks of living in the charming city of Birmingham. With several of our communities surrounding the city, such as Trussville Springs, Altadena Ridge, Griffin Park and The Springs of Mill Lakes, we are thrilled to be building beautiful homes for Birmingham residents during such a time of revitalization. To learn more about our homes and communities, visit www.HarrisDoyle.com.